And Nothing But The Bass 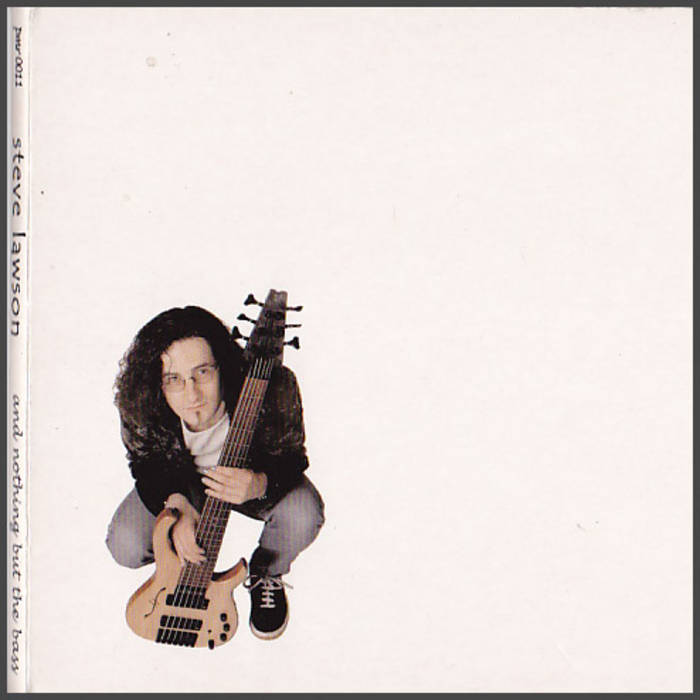 GRANT SMITH First saw Steve supporting Level 42 back in 2002 - blew my mind and showed me what is possible using just the humble bass guitar and some pedals. Awesome stuff.

Andy Long I still listen to this a lot all these years later, love it Favorite track: The Inner Game.

My first solo album, recorded at my first handful of solo gigs (Chance is From my first ever solo gig!) - all recorded live to minidisc with a stereo mic in front of my amp, it is to Jez Carr's immense credit that he not only played the piano on Bittersweet, but was the one who took my master recording and turned it into something releasable. :) Hope you enjoy it...

Here's the original essay/reflection from the album artwork, back in the day (written June 2000):

“Getting up on stage on your own is a pretty frightening experience, especially when the instrument that you’re using is one usually hidden away in the dark recesses of the stage. Playing with a live sampler makes it easier in that once the loop is going you can pause for a bit, but harder in that if you mess the loop up, there are no second chances, you’ve got to live with and make it work.

“I had no intention of making a live album when I recorded the Troubadour shows – it was purely for my own ‘archives’, but after encoding a few tunes and putting them on to my website, the response was fabulous and almost everyone who heard it asked where they could hear more! So, thinks me, why not turn them into a live album – after all, I’m more than happy with the sound myself, and have been listening to both shows regularly since recording them. If I haven’t got bored with them yet, there’s no reason why anyone else should.

“So here it is – all the tracks except Bittersweet are live – No extra overdubs, no other musicians, just me. On Pillow Mountain, the process of building the loops has been edited out, so you’re jumping in about five minutes into the conversation, but it’s still live…

“Bittersweet was recorded in two goes – first time through, the chordal bass and piano parts were recorded, with no patching up, no correcting. Then, on one more track, I put down the melody and solo. So it’s as near to live as we could get without me growing extra arms!

“Thanks for listening – please play it to your friends, and if they like it, tell ‘em where they can buy it! Do e-mail me with your comments (album@steve-lawson.co.uk), or sign the guestbook on the website. "