And Nothing But The Bass @ 20 - The First Concert. 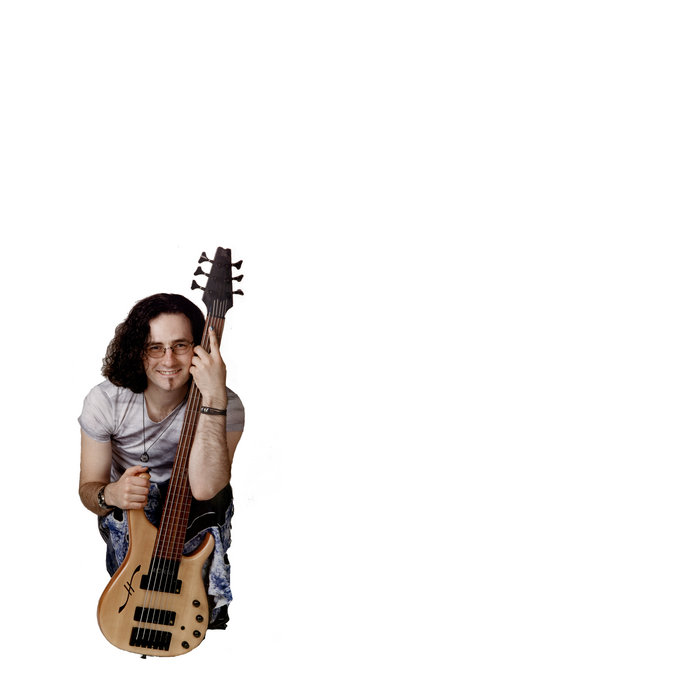 Andy Long Great to hear this first ever solo set, some of which appeared on the first album but here it is in it's virginal glory Favorite track: The Inner Game (Dec 99).

So, my first proper solo gig. Not the first time I’d played solo in public - having already played at a number of National Music Shows on behalf of Bassist mag, and having provided the music for a contemporary dance performance, I wasn’t completely new to playing solo in front of an audience, but December 15th 1999 was the first time that people had bought tickets to come to a show that I was playing. It was in fact a double-header with Stick player and singer Carrie Melbourne, a truly wonderful musician and friend and I REALLY wish I had a recording of the duet tunes we did at the end of the gig. That included a very early version of Amo Amatis Amare if I remember rightly...

Anyway, onto this recording - I’ve left in some bits of the chat between songs for context, but edited out the bits that don’t even need to be heard once! From what I’ve said here, nothing had titles at this point - I’d been working on getting this set of loops together to then improvise over for a few weeks, such was the short notice of the gig. Some of them have fledgling melodic ideas that come back in later versions when they had titles (I’ve used the later titles for the tracks here on Bandcamp to make tunes easier to find at a later date).

Playing wise, There’s a lot that I really love here. I think there would probably have been more of this gig on the first album if the record quality had been slightly better - there was, it seems, a fan or air con unit pointed at one side of my mic, and in the quieter moments you can hear it underneath the speech and in the quieter moments in Chance. This also shows just how much auto-levelling is going on inside my minidisc player!! I imagine the original gig was way more dynamic than this recording.

I’ve left in a few bits of the between song nonsense, just as a curio for those who wondered how that’s developed over the years. I’ve had a few moments in my career when I had to spend some proper time thinking about just how to address an audience, and at this point (on up until after the tour opening for Level 42 in 2002) I wasn’t really sure what I was doing. It’s sort of Eddie Izzard influenced waffle, but without any real sense of comic timing or what I was going to say ahead of time... The big change there was doing the Edinburgh Fringe Festival in 2004/5/6 - playing music at a festival that’s primarily about theatre and comedy requires you to up your game significantly in terms of how you present the music and the performance context. I’ll be forever grateful for having had that opportunity to think about how all that works.

So here we have early versions of The Inner Game and The Virtue Of The Small, a tune that nearly made it onto the album that ended up being called Conversations With My Dad thanks to a bunch of waffle before it about naming songs which features my amazing Rick Turner fretless 5 string and shamelessly rips off Van Morrison’s Moondance, though I’m not sure I was aware of that at the time!

Chance is the only track on here that was also on my first album, and is a pretty key moment in terms of my improv life. That ‘section’ of the gig was intended to be a big spacey eBow Soundscape track, but I forgot to take my eBow to the gig, so it became what it is, with all the volume pedal fun that helped get the layers to overlap in such a strange way. I still really enjoy it, and love the way that the harmony shifts in strange ways as it progresses and my various melodic excursions seem to work! A lovely moment out on the ledge...

St Luke (named after the venue where it was first performed) is one of the first solo tunes that I ever wrote - the melody and everything on this one were fixed well before playing this gig. I’d played it on a couple of Ragatal gigs but it relied on a particular function in the JamMan for playing two loops in an A/B arrangement, but they had to be exactly the same length, so if your timing was even slightly out you had this big gap at the end, or it was cut off! Horribly risky strategy and not really one with a decent payoff, so I stopped playing this around the time the album came out, and didn’t resurrect it when I acquired a looping set up that could do A/B arrangements more easily... You can also hear that someone turned up the aircon just before this, and the interference is quite pronounced on the left channel... Sorry about that!

Anyway, there it is, my first solo gig in its entirety - baby photos, as it were. There are things about this that I love and things that make me laugh. I wasn’t quite 27 when I did this show, and that feels like a lifetime ago, but so much happened as a direct consequence of accepting Sebastian Merrick’s invitation to play a solo gig on a double bill with Carrie. On balance, I’m extremely glad I did!

Massive thanks to Sebastian Merrick and to Carrie Melbourne.