by Steve Lawson and Bryan Corbett 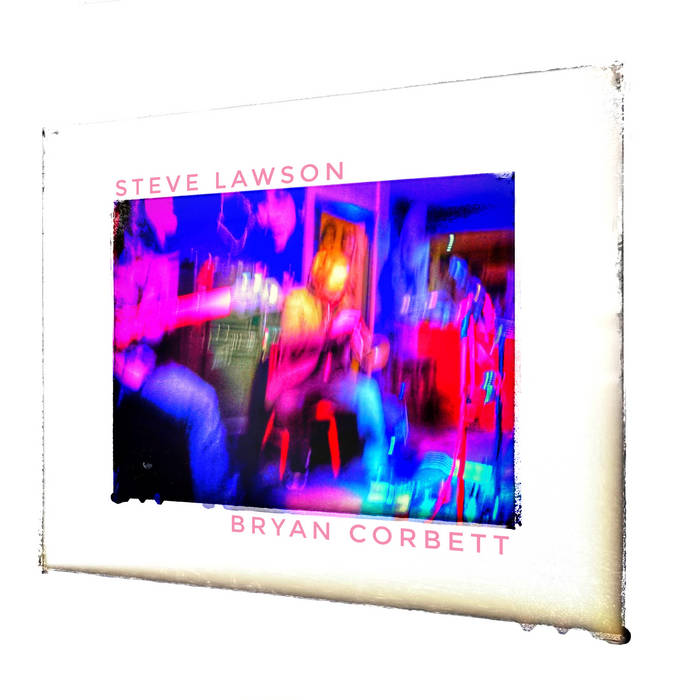 vaettr This is a magical piece of ear candy! Favorite track: The Path To Resolution.

aljames71 A wonderful collaboration! Steve is a loopy genius, add in some exquisite trumpet from Bryan and you get this groovy, ambient, funky weirdness with some mellow jazz that strokes your ears like a fluffy glove! Every track is a journey, jump aboard!!! Favorite track: Elusive Beauty.

FlownBlue A lovely recording of a brilliant gig that I had the pleasure of attending. This is improvisation at its very best by two obviously 'kindred spirits'. I was already familar with Steve's music but Bryan's beautiful trumpet and flugel playing was a revelation, and it all goes so well together. Bravo!!

Arthur Cooper It's amazing to me that this album was a live improvisation. It is by turns open and mysterious, active and intransitive, transparent and dense - it resolves its duality intuitively. Beautiful horn and Steve's always intriguing bass ideas make this one of my favorite recent albums. Thanks guys!

Carl Jervis Four journeys.... I used to be in a ska band years ago. Played trumpet. Or thought I did. the trumpet loop in the second movement of A Disturbance in the Force and the development to movement three is knockout.. Elusive Beauty is nicely placed to give you a rest from having your head turned inside out. Amazing stuff guys. Favorite track: Elusive Beauty.

Have I told you how much I love playing music with Bryan Corbett? No, well let me tell you about it - hopefully, you're listening to the album while you read this, so you'll know exactly what I'm talking about...

As an improvisor, the majority of the pool of collaborators I have to draw on come from a jazz background - their primary learning is in the world of jazz, which brings with it a range of possible understandings about how improv works. In the past, I've played with some truly brilliant musicians who just weren't able to see beyond the aesthetic and structural confines of jazz-as-a-style rather than jazz-as-the-unfolding-history-of-African-American-improvised-music. There's so much in Jazz that I love, and so many of my favourite players were schooled there, but the payload that (some but by no means all!) jazzers bring to a musical encounter can lead to music that lacks something in terms of where I really see my own path leading, particularly in terms of sonics and arrangements...

Enter Bryan Corbett - a truly extraordinary jazz player, in the sense that the 'jazz scene' would understand it, but someone whose musical interests, explorations and expertise are at least as broad as my own - he's equally at home playing jazz/funk/pop with the Brand New Heavies or proto-industrial free music, bebop or fusion... A massive skill set can be a burden if the player in question finds it hard to forge a distinct style from the huge range of possibilities, but Bryan has both a distinct sound, and the ability to apply it and adapt it to many situations.

Anyway, you'll hear on this set that he has zero interest in just shredding bop licks over anything and everything. His playing here is alternately melodic, textural, atmospheric, scary, angry, disturbing and beautiful... And I play better when I'm playing with him.

My suggestion would be to listen to this album alongside Surprise, the album I released recently with Corey Mwamba - they were recorded about a week apart, and for me, form a set, a pair of different but linked explorations of the intersection between my vocabulary and that of two exquisite jazz musicians who both have a musical world and expression that transcends any possible notion that jazz is a limitation rather than a springboard...

This gig was recorded at Tower Of Song in Cotteridge on Nov 19th 2017, and everything here is as it was on the gig. Come see us play next time :)