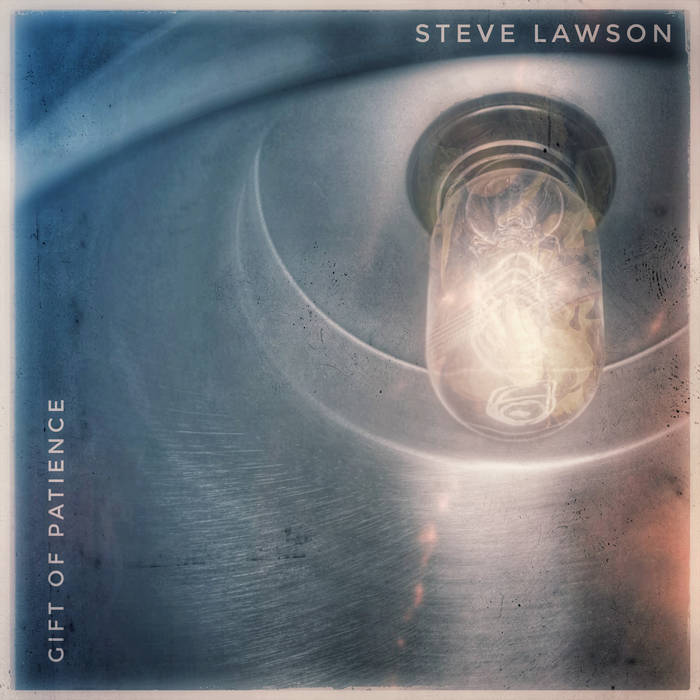 Dirk Frey Really like “gift of patience” - title track - with a variety of bass voicings and some subtle keys.

Didi Featured this as one of my favourite albums of 2019, and I stand by that still. The journeys on this album are so incredibly Steve Lawson that I couldn't even have the same feeling from any other ambient / jazz album. Favorite track: Somethingness.

Steve Yates A great set with 3 distinct moods. Track 1 to me is classic Steve. Melodies and loops and some wonky beats. Track 2 heads off slightly into the weird world of glitchy noises, lots of soundtrack fun. Then Track 3 open up a whole new world. So evocative. You will be transported to a beautiful kitchen in Hackney. :-) Favorite track: For The Here And The Now.

Andy Long Steve continues to create music that is both beautiful and challenging and his output over the last few years has seen a broader range of sounds introduced. Trouble is I’m not a big fan of drums that aren’t really drums and Steve…is. Three pieces loaded with melancholy and creativity. The third piece ‘For The Here And Now’ is breath-takingly gorgeous. The drum pads start to come in about half way through, but don’t completely fuck it up I’m glad to say. Favorite track: For The Here And The Now.

Yeah, I know, it's been less than two weeks since the last album. But, just as Surprise and Beautifully Disturbed were a recorded at a pair of gigs a week apart and can be listened to as a set, these two shows were just over a week apart and tell a more complete story together, through their sameness and difference.

So, Gift Of Patience was recorded at a house concert in Hackney on April 27th 2019 - last weekend. It was a duo gig with Lobelia, she played solo and we finished her set with a duet, then I played in the 2nd half and we finished my set with a couple of duo tunes. The duo tunes aren't here (though hopefully we'll have some duo recordings out before too long!) - this is just my solo set.

Sameness: it's the exact same bass/pedals/amp set up as on Time Is A Broken Lens, though I made some tweaks to the Ableton Live sounds for the drums/piano/found sound stuff... There are some thematic ideas that cross over between the two shows, for sure - harmonic, melodic and sonic. Definitely both products of the same idea development period!

Difference: House Concerts are an extraordinary context for music. There's a level of attention and focus that rarely exists outside of an opera house - the audience are comfortable, the acoustics are often better than a club venue, and no-one's trying to get the audience to visit the bar more often... So as an improvisor, your sense of time shifts - the scale is longer, the pauses are more luxurious. You can, in short, lean into the gift of the audience's patience, the attention they've brought and are performing with their bodies and stillness. There are moments of stillness in these recordings - not of nothing happening, but just of waiting for the next thing to happen, of slow evolution, of ideas being added in subtle and complex ways. The gig at Servant Jazz Quarters had more of that than many club shows - it's a great space to play, and the sound was wonderful on the night - but that House Concert magic, it elevates things.

However, there's also the question of why people are there and how that shapes the improvisatory impulse - what are you soundtracking? What story are you telling? How far are the audience along on the journey so far? There were a number of people there who'd seen me play for almost as long as I've been playing solo - people who had been to gigs back in the early 00s. And there were a handful of current Bandcamp subscribers, bringing their knowledge of my creative domain to bear on their experience of the show. And a bunch of curious, wonderful people who'd shown up for myriad reasons - as friends of the hosts, as old friends of mine from outside of music circles... So the music is perhaps a little sweeter than sometimes it might be, and a little less prone to following a path to darkness and deconstruction. Not that there isn't an emotional trajectory, but it feels distinct to the environment, at least to me...

Musical contextual things (the before, the in between and the after) - Lobelia