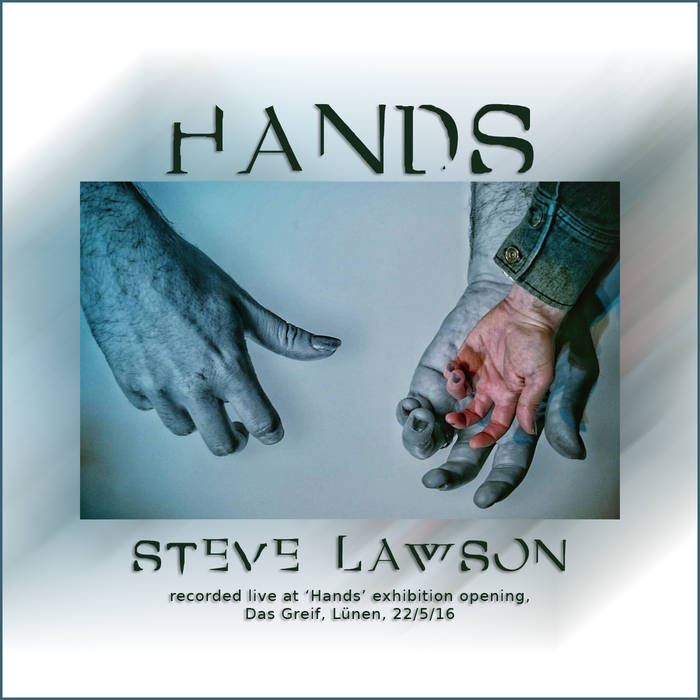 Rosinbag Hands Music album is amazing! Six Hands will take you back and might be one I play over and over. Inspirational sound all around on this album. Do we still call these albums in the digital age??? Bravo Steve!!

This collection of music was recorded live at the opening night of an amazing art exhibition - German photographer and musician, Marc Mennigmann has been photographing musicians hands, in the position in which they play, for a few years. Telling the story of music through the hands that make it. I fell in love with the project when he photographed my hands at the Warwick Bass Camp in 2015, and we became good friends. So I was delighted when he asked me to play at the gallery opening.

I put together a short tour to make the drive to Germany workable, playing a couple of in-store masterclass/shows in The Netherlands and Germany. My assumption before the tour was that the music in the shops would probably get pulled towards the physical, the demonstrative, that force of will that a room full of bass players exert on anyone that happen to be watching to do things that are impressive to bassists. And I thought the gallery set would probably be more esoteric, more impressionist, more reflective of a gallery...

So it was with some surprise that the music at the gallery revealed itself to be one of the most poppy, ‘inside’ song-like sets of music I’ve played in a long time (indeed, two of the tunes are covers, or at least interpolations of other tunes)... not at all what I expected, but a really interesting set. Feel free to either listen to it intently as ‘an album’ or to use it in the context in which it was created - as background music, furniture, an aural backdrop to some other activity. I hope it decorates your living space in a beautiful way :)

cover design - Steve, based on a photo of Steve's hands by Marc Mennigmann.

For more on the Hands Project, see mennigmann.com/photo/hands/