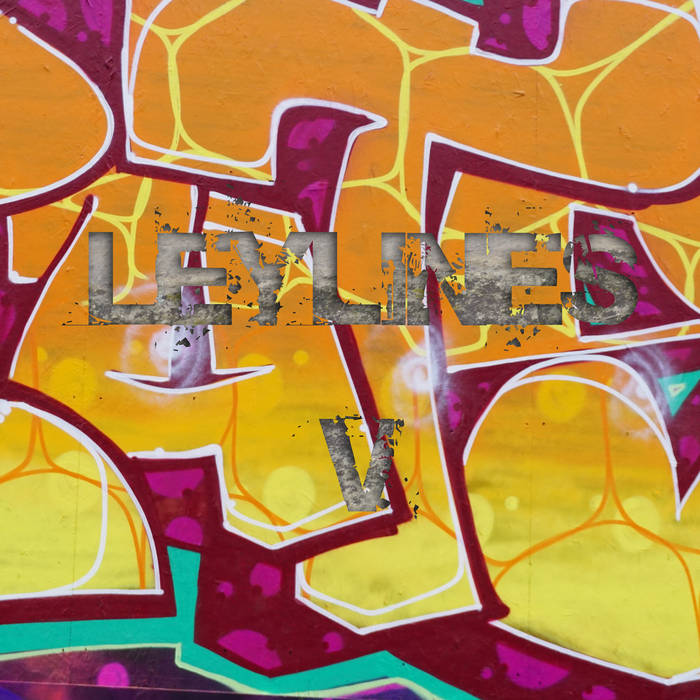 Recorded live at Tower Of Song, Birmingham on 23rd July 2017, LEYlines V is the companion release to LEYlines IV - the second set from that gig, presented in its entirety. We broke it into two because a) releasing it as one thing was just too damn long, and b), the two sets both stand on their own metaphorical feet as complete works. Such is the joy of playing with LEYlines - a break and a quick chat with the audience, and we can head off in new directions....

As I said upon the release of LEYlines IV, this gig/album felt like a significant change of gear for the trio - Phi in particular brought a whole new arsenal of sounds and textures to the table, and I'm left still listening to this marvelling at the soundscapes I managed to create before realising that most of it is Phi! I then remember that my response to that was to swap roles with him, and as such it contains some of the most muscular fusion-y, shredding bass I've ever committed to a recording... Some of it startles me listening back to it. Which is a good thing. You should always strive to be positively surprised by your own music.

This trio goes from strength to strength, and every time I get to play with Andy and Phi is an absolute joy. I hope you enjoy listening to this half as much as we enjoyed playing it... Anymore than that and there are probably laws against it... ;)

The title C-53 comes from the film Captain Marvel - that's what Earth is to the Kree. Just another planet of indeterminate value. I was chatting with my son recently about anthrocentricity, and the tendency to place humankind at the apex of everything, and it seems like that kind of thinking has got us into the mess we're in. Sometimes something other than yourself needs to be the focus. And maybe there's something of that ability to step outside of the overwhelming affliction of orthodox human self-importance that allows us in LEYlines to make music at such a small scale and not be striving for something bigger, something more celebrated, something that 'fits'. We're in our little corner, and doing what we do, in a constellation of millions of other people doing their thing.

Give us a number and file us under whatever category works for you, we'll still be in our little corner, doing our thing.

As is our usual way, the public release of this album is over on Phi's Bandcamp at shop.pyzmusic.com