by Steve Lawson and Andy Williamson 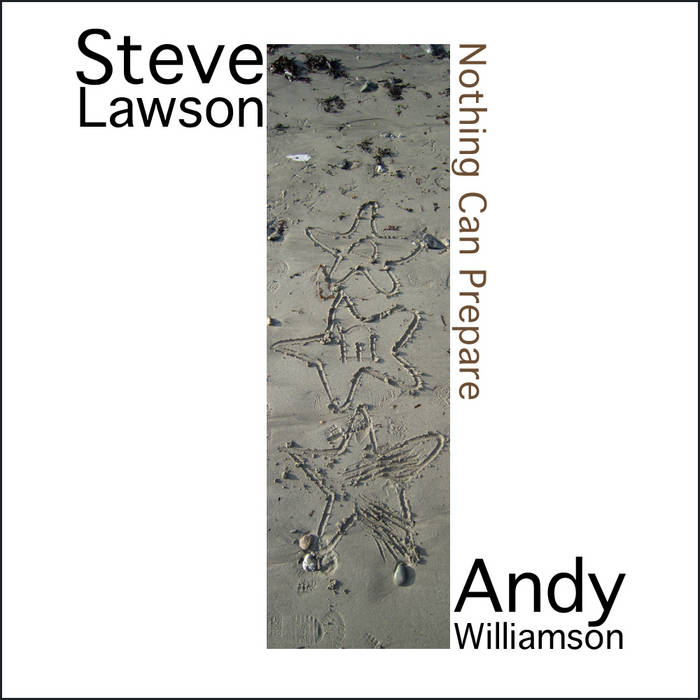 David Wright Interesting that these were performed in old churches. Those expansive pads that Steve starts 'Nothing Can Prepare' with have a wonderful & distinct 'big pipe organ' feel. I wonder if that was influenced by the venue? When the sax joins in it's a totally natural process. Yet another great collaboration.

Paul I've followed Steve for a good while on Twitter, checking out each release in the hopes I'd hear something I could buy to support his work.
This release has a poise and soul that give me a lovely space to relax and reflect within. Favorite track: Nothing Can Prepare.

Dann Chinn @ Misfit City Two meditative soundscapes recorded in a chapel by bass guitar loop-sculptor Steve Lawson, each with a guest entrance and contribution from saxophonist Andy Williamson. Put out by Steve as a support measure to help pay for Andy's emergency medical expenses, so it's for a good cause. Favorite track: Nothing Can Prepare.

Andrew Dubber All sorts of loveliness, recorded in a gorgeous space. Solo Bass Steve with a fantastic saxophonist. Favorite track: Nothing Can Prepare.

in November 2012, Lobelia and I went down to Devon for a couple of shows with Andy Williamson. Andy's a brilliant saxophonist, best known for his Big Buzzard Boogie Band, but is also one of the most responsive, adaptive improvisors I know, so the thought of some shows with him playing a range of my tunes, Lobelia's songs, and some completely improvised music was something to look forward to.

The gigs went very well, and the centrepiece of each show was an extended improvisation which I began solo and which, at a certain point, Andy joined in with from the back of the church (both the gigs were in beautiful old churches). He meandered to the front, filling the room with his gorgeous improvisation, and we ended together.

These are those two centrepiece improvisations.

The album came out around the time that Andy has a kidney transplant. Which went astonishingly well, and he was back playing very quickly. I need to do more gigs with Andy - if you bought this album at the time when it was a way of getting tickets for our gigs as well, that offer still stands, just message me when you're coming to one of the gigs :) I hope to do more with Andy soon, cos I love playing with him!

The first tune on here is built on a solo composition of mine - Nothing Can Prepare - which was initially a meditation on the total unexpectedness of parenting, and how nothing can really prepare you for expanding your family with a new human.

Another possible take on the title is what's happened to Andy - no-one goes through life planning for the possibility of needing a new kidney, but neither do you consider the possible amazing stories that can come from a medical intervention of that magnitude. The generosity of the donors, the serendipity of the various chains of events that something this huge sets in motion (I'll let Andy talk more about that!)