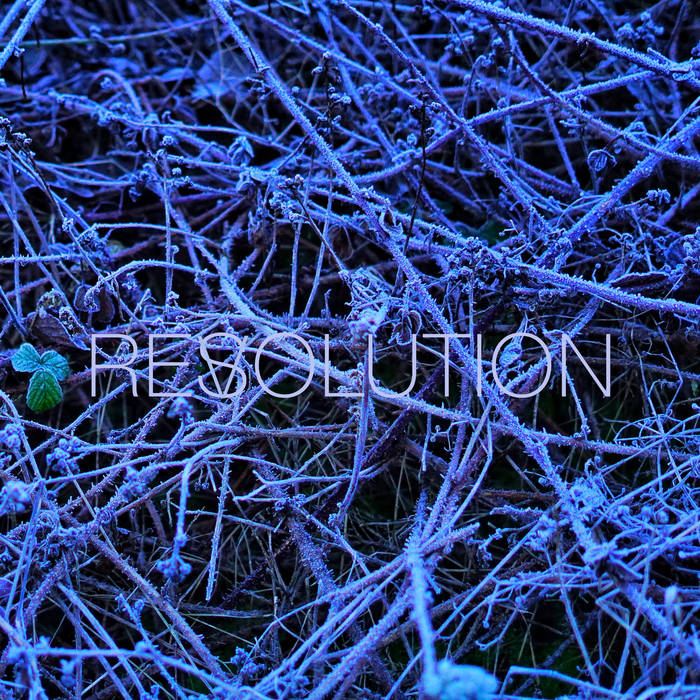 darren goddard The ultimate anxiety reliever. The warm embrace of it's going to be ok in the end. The assurance that hope is neither passive nor transitory.

After a week like this, music to soothe my soul is well received. Thank you.

James Chatfield Enchanting. A perfect companion to an hour of reading. Thank you Steve :)

Andy Long First release of 2021, an ambient and meditative piece, an excellent start to the year and a lovely way to start your day. There is a build up of tension towards the end which resolves itself beautifully into calm

Gotta get through this. Like Daniel Beddingfield sang. 2021 has to be the weirdest collective start to the year that I've ever experienced. The triple whammy of COVID, Brexit and now the political insurrectionist meltdown in the US. An actual attempted coup.

Sure, there are vaccines for now, that's great. They'll save lives. And Trump is on his way out (12 days is a long time to do a lot of damage, but it's finite), and the carnage of Brexit will either produce workable concessions all round or we'll be clamouring to get back into the EU in months. Nothing is permanent.

But it's a tough time to be making resolutions, to be committing to personal change, improvement, betterment for ourselves, our loved ones and the world. More exercise while locked down, eat better, maybe 2021 will finally be the year I get my tax sorted out in April instead of leaving it til January like the previous 20-something years...

My resolutions are mostly fairly blunt. Finish my PhD (that's not a personal commitment, it's just what needs to happen, I've got til November, that's it), and keep improving as a cyclist. Depending on the state of the world, I'd like to ride to London, maybe to Scotland. Perhaps work out a way to carry all my gear on the bike and do a tour entirely self-powered. (If anyone has a contact with Burley, who make the bike trailers, let me know ;) )

But if you look closely you'll see there's a V overlaid on the S of Resolution. Revolution is a deeply problematic word right now given what's been going on in the US, inspired by the Seditionist-In-Chief. At least some of them see themselves as revolutionaries, overturning an unjust election. It's insane, demonstrably false, predicated on bizarre flimsy bullshit, but that doesn't make it less of a motivator. Maybe it helps, making the scale of the conspiracy against them loom even larger...

But revolutions are necessary. Not this kind, not bellends taking selfies with white supremacist cops, but the kind of transformation that means we deal with how we got here. That's not, right now, an incremental shift. It's not a return to 'normal'. Because normal is how we got here. The Trouble With Normal Is It Always Gets Worse. Bruce Cockburn sang that.

And we can't say we weren't warned. Many, many Black and Asian commentators here and in the US have been documenting the racism and injustice at the heart of western societies for decades. Musicians have been singing about it. Living Colour, Rage Against The Machine, MIA, Billy Bragg, Tracy Chapman, Divinity Roxx, Public Enemy, Stormzy, Lowkey, Akala, The Clash, Spearhead, The The... artists warning us about the state of the world. Some spotlighting the mess, some pointing to a way out.

So maybe my other resolution is to listen with open ears to the warnings, advice, and wisdom of artists. Particularly black artists, artists of diverse faith backgrounds, poor and working class artists, people who are writing from experience not hopping on the protest song bandwagon (though, to be fair, I'm OK with people hopping on the protest song bandwagon. If the song works, who am I to critique motive?)

Here's to the storytellers who will get us through this. Many of whom are REALLY struggling right now because they exist in a music world where the money generated by touring is what they live on. I'm in a different place, entirely because of you. I get to do this because of you. I get to make music and not worry about Spotify playlists, YouTube virality, sync rights, labels... nothing. I record a thing one day and release it the next and you make that possible. I hope the journey through all of this is worthwhile.