Ten Years On: Live In London 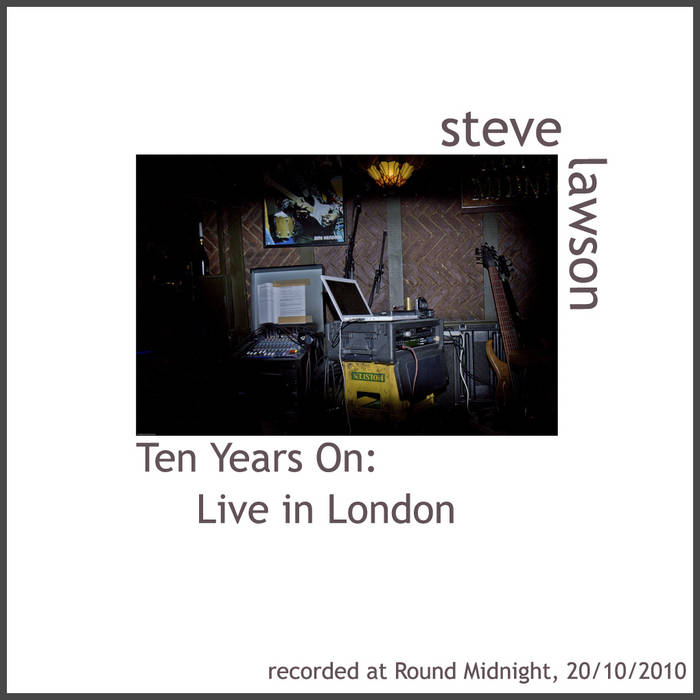 just over 10 years ago, I released my first solo album. A live album, recorded in London - mostly at the Troubadour in Earl's Court - called 'And Nothing But The Bass'. You can get it here on Bandcamp, if you like.

Ten Years On, and I'm releasing another solo live album. This one recorded in one set, in the order it is on the album (the first track is a hidden extra, you'll get it with the download).

A couple of these songs are new (the hidden one, and Traveling North), a couple of them are well documented (this is the 4th recorded version of Jimmy James, and the 3rd of The Kindness Of Strangers and MMFSOG), but I wanted to put out something that marked where I'd got to.

The live album that Lobelia and I put out over the summer, Live So Far, is a great document of what we get up to on those gigs, and of a couple of really special collaborations we were blessed with on your US tour. But this is just me, doing my thing.

The gig was at Round Midnight in Islington, a sold out show with Michael Manring - I'm rather sad we didn't record the duo part of the show, as there was some real magic there, but at least I've got this solo set as evidence of where I'm up to.

I hope you enjoy listening to it as much as I enjoyed playing it.

Steve Lawson :: Bass, Loops, Everything Else.

All photography by Paul Parkinson - www.parkylondon.com