The Arctic Is Burning 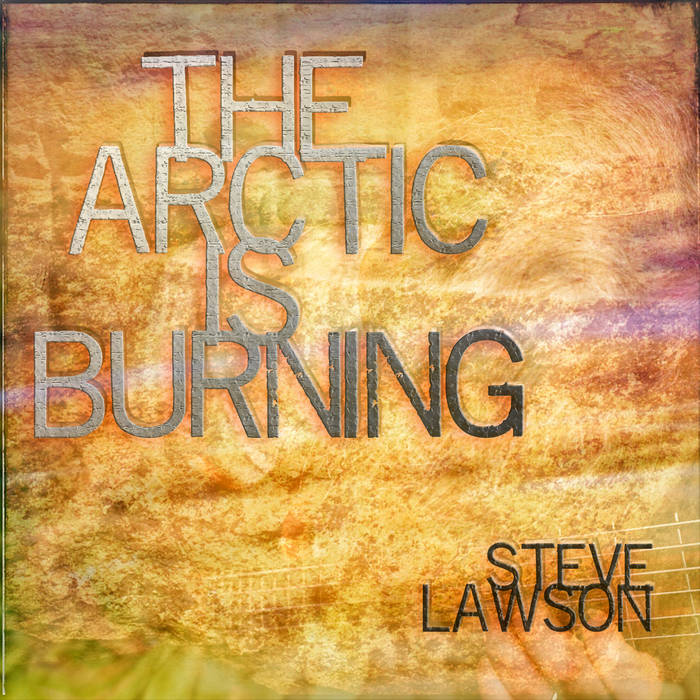 Dirk Frey Artic is burning... just realized I have listened to the opening track many times but didn’t realize it was on this collection. Now, I’m going to listen more carefully to the rest of the tracks. Thanks!

Carsten Pieper Scouring his vast catalogue and my wish list for another Steve item to buy next, I read the liner notes to The Arctic... In my experience, the works where an artist really emotionally is involved, mostly are among his best. As this seemed to be the case here, I went for it and haven't been disapproved!

Anyway, when Steve claims to have recorded quiet a Pinkish album, that should be reason enough for me to buy it ;-}

Phi Yaan-Zek A deep and expansive offering from the ever-creative Steve Lawson. The pacing, flow and feel of this album is sublime, with amazing use of texture and space, blending at times into very poignant waves of intensity. Breathtaking listening! Favorite track: The Arctic Is Burning.
more...

- it sounds like the beginnings to a plot for a dystopian sci-fi novel... "imagine if the Arctic... CAUGHT FIRE!" - like, it's so absurd that it would ever happen. But here we are, large parts of the arctic are ablaze and not for the first time. And what's worse, scientists who know about this things reckon it could keep burning through the winter, with the peat remaining lit under the ice...

So how does this horror-show become music? Well, if you've been following this journey for any length of time, you'll know that this isn't the first time I've dived into big themes with instrumental music as my voice. Last year's Beauty And Desolation was very much part 1 of where this particular theme is going, in that it explored the fact that what felt like a gorgeous hot summer was actually a portent of just how utterly screwed we are.

And as if to add pathos to it all, the title track here was recorded on the hottest day in British history. We've literally never had a hotter day since measurements began. The Arctic Is Burning, and so is the rest of the planet. But it's not just heat. The climate emergency is much bigger in terms of its impact than just the much-less-gradual-than-we-thought increase in global temperatures. The are extremes at the other end, there are hurricanes and droughts, floods and perilous cold fronts. It doesn't take much meteorological knowledge to piece together the impact of rising sea temperatures, the impact on the air temperature, and what happens when a cold front meets a warm front...

Anyway, there's our story. The music here is a way of exploring some of the emotions around that, some of the stories that can be told, or at least given a soundtrack.

One of the joys of not being wedded to a particular genre is that I can go where the story leads, much as a film or documentary composer might. All the music here is, I imagine, pretty easily recognisable as me, but there are quite a few of the things I've been building on over the last few years that are wholly absent from this set. There's little that draws all that heavily on hip hop for its rhythmic ideas (though the more I listen to the drum loops on Business As Usual And Wildfire, the more I hear that coming through), or on Allan Holdsworth for its harmonic ideas (a reccuring theme since PS You Are Brilliant). There's a lot that's straight up diatonic, I think it's all in 4/4, and much of it is distinctly Floyd-ish (that's Pink, not Keith).

There are also none of the field recordings I've been using so frequently of late... they're still there, they just didn't call out to be used while improvising these pieces. That's the joy of open ended music making - there are no obligations, no 'have tos' - nothing that needs to be anything other that what it feels like it ought to be in the moment. The unfolding is the story. And here's one of the chapters. I hope you enjoy it, and maybe the story will take you off on a path of reading and researching what's going on around us and how best we can respond to it... As a previous title here, stolen from Dougald Hine put it, The End Of The World As We Know It Is Not The End Of The World. So while we're facing catastrophe of an indeterminate variety, we can still be building the world we want to see. We can use less, eat more wisely, cycle if possible, take care of those who can't take care of themselves and prioritise kindness and creativity over greed and accumulation of stuff. He who dies with the most stuff still dies. How to live on? Live for others.

Improvised live in single unedited takes at LawSound Studios (AKA the corner of the bedroom) July 2019.

For Lo and Flapjack. Y'all are the bestest.