by Steve Lawson and Robert Logan 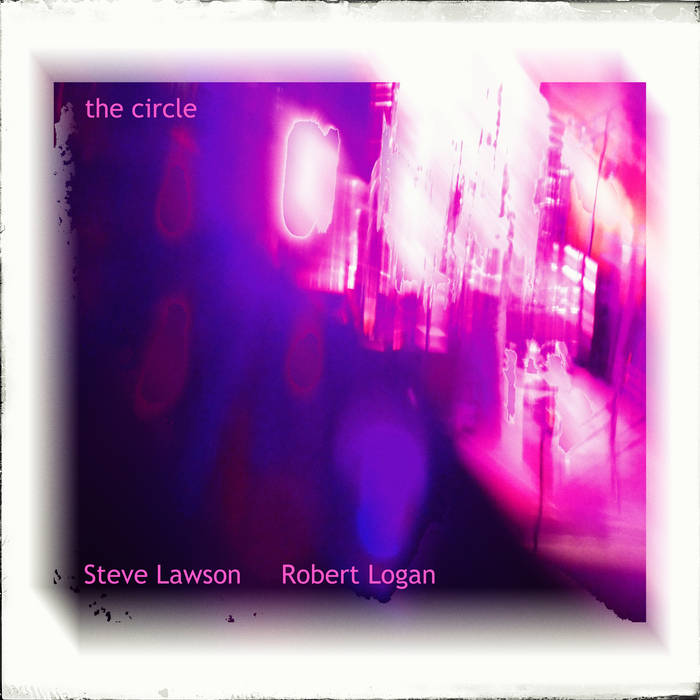 peterzabriskie/DeepFrequency Hello Steve, listening to “ Step Outside the Circle “ December 15th here in a hotel room alone on a rainy winter night. It so very appropriate for reflecting on the year gone by.

Perhaps in the coming year stepping out of my circle will happen for me. Favorite track: Step Outside The Circle.

Amy Humphrey Another lovely offering from Steve Lawson. This release is infused with the perfect ambient soundscape for a soft autumn day with enough texture and movement to keep from being inert. I had to listen twice. Favorite track: Step Outside The Circle.

These two recordings with Robert Logan are the 2nd part of the day we spent playing and recording last year - Step Outside The Circle was the 3rd studio improv, and goes to a very different place than the first two pieces - we steered away from the big ambient electronic territory we’d been exploring first time round, and instead explored a more fluid and meandering harmonic playground. The title, for me, relates to the idea that whenever I first play with someone the sum total of our knowledge of one another, and all the relational stuff that goes in in the run up to playing some music forms an invisible circle, that may not even be something that you’re both aware of, that provides a particular playground for those first adventures. For Robert and I, that was initially the ambient texture of the tracks on Pulse. Our shared knowledge of each others work and the times we’d played music together before suggested that would be a good place to start (though neither of us talked about it in those terms at all). But the third piece, we had stepped outside of that initial circle, and used our knowledge of it as a relief against which to tell a different story.

The 2nd track here ‘I pull back and all I see are circles, as far as the eye can see’ is the live performance we gave at the end of the day, and it draws on so many of the things we’d touched on during the day - there’s ambience and spaciness, but also that dense harmonic language. Robert plays huge synth sounds but also glorious piano explorations. All the imagined circles of our musical worlds overlap, and stretch out before us for us to dive into, in a way that I’m not sure I could conceive of as a composition that was written with the purpose of being played twice! There’s an in-the-moment flow to the conversation that belongs to the place and time, the audience and the space, the preceding musical adventures. It is both an event and a consequence, a coming together of many elements. And all those circles are apparent, at least to me.

mixed and mastered by Steve.

all the music here was improvised live and is mixed but unedited.