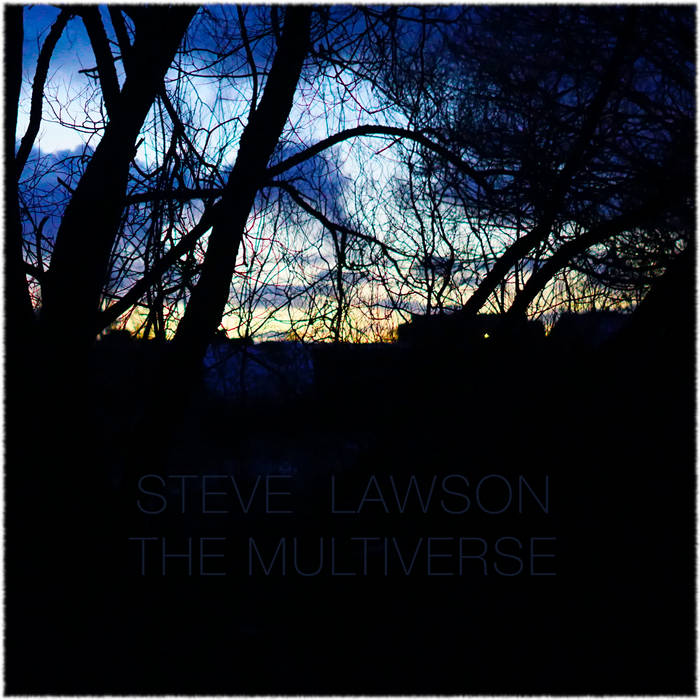 Brendan Sean Piroué I fell off the Lawson's releases for a few months, while in parallel diving into the world of Ambient/Electronic music.
This record will be my way back into Steve's music, that rewards those who are curious enough to listen

There are a few things going on in this new release that are worth talking about. The origin of it is a continuation of the ideas present in Resolution - the pedalboard I’m using within the MOD DuoX is an adapted/developed version of the one I used on that track, and there are some very obvious sonic and harmonic parallels - they’re both fretless tracks, both built on pentatonic ostinatos... they even start with exactly the same sustained note. In a world where our understanding of copyright made any actual sense, they’d probably be seen as versions or extensions of the same work (albeit one with an invisible point of origin - a cover with no original). But here we also have some other processing going on, a very different kind of eventual melodic destination, and a synth, played via the Quneo, that provides another layer of 70s proggy weirdness to the proceedings.

But there are a few other things at work too. Firstly, I’ve made the influences a little more present and definite, or at least as I imagine them to be. A few years ago, the other, better Steve Lawson (who’s a subscriber here - hi Steve) suggested in a Facebook comment on a thread where I’d mentioned never having heard Bowie’s Berlin Trilogy that I should do a cover of them without ever listening to them. Just as I imagine them to be. It’s a genius idea, and something of that spirit of crypto-reimagining is present here. Only instead of Bowie the origins are summed up in something I tweeted just after recording it: “just recorded a 35 minute ambient thing that goes a bit 70s fusion at the end. Like if Alphonso Johnson had hung out with Vangelis instead of Zawinul” - the only thing is, I’ve never really listened to much Vangelis. I know Vangelis’s work with Jon Anderson a bit, and I’ve heard his band Aphrodite’s Child (with Demis Roussos!) but fell asleep the one time I tried to watch Blade Runner on a plane. I have, however, seen Chariots Of Fire a lot of times, so know something of the analog synth soundworld he occupies. And there are no doubt many other bits of music written by him that are in the ether, soundtracks I didn’t know were him, tracks that have appeared in many other contexts. Ditto Alphonso - I’ve got one Weather Report compilation that has some of his playing on it, and I’ve always preferred the version of Black Market with him on to the Jaco one, but I’m not deep into his sound world. So it’s more how the imagined, invented, cobbled-together versions of those two clashing influences might be manifested in some multiverse timeline.

But even that idea was mostly thought of after I’d recorded it. I wasn’t thinking of Alphonso while recording it as much as I was aware of the 70s fusion, prog and ambient totality as it emerged. Instead, ahead of that particular assessment of what was going on as I played it and listened to what I'd just played, I was channeling a whole bunch of quite specific harmonic ideas that I’ve been focussing on in both my own practice and while teaching for the last few weeks. Mostly about ways of superimposing different kinds of harmony on pentatonic loops (hence the continued reliance on that particular mode of music making, despite having already gone there so recently on Resolution). I was also conscious of the desire to transform the ambient calm into something more robust - muscular, even - towards the end. And the chorus on the bass sound (something I've mostly studiously avoided for the last 30 years, and a thing I've occasionally warned producers not to do to my bass sound!) definitely leaned into the 70s fusion-ness of it all...

So it’s actually the kind of thing that only the subscription lets me release. In another world where I was making ‘albums’ to be marketed and sold, there’d be no reason for both tracks to exist. I wouldn’t have released Resolution the day after I recorded it, and I’d probably have recorded multiple versions of this idea and chosen my favourite. That’s still how I make those kinds of records - The Arctic Is Burning, Beauty And Desolation and the previous public releases were gathered together in that way. So I’m grateful that in the context of a pandemic, where music making conventions are turned on their head, where my own sense of time and its uses is so much in flux, I can revisit ideas and invite you to investigate or not.

"Or not". I mean that - 35 minutes of music is a lot for a single track. Some of you may look at it and go ‘how am I going to even carve out the time for that?’ Others of you may put it on a loop and spend a few hours getting to know it. It’s not long for an album, I guess... By making single tracks like this, you lock in the origins of its progression and unfolding - an album can be broken up into its component parts, can be edited based on taste or how well the songs fit with things outside. Editing your favourite bits out of this would be a pretty epic task (one you’re more than welcome to undertake, by the way!) so you’re going to have to go through 22 minutes of spacey ambient mellowness before the rhythmic foundations shift and a whole new kind of track emerges... I hope it’s worth the effort!

I’d love to know what you make of it. I may stay in this kind of floaty, less rhythmically constrained space for a while longer, so who knows what’s next...

Recorded January 28th at LawSound Studios (the corner of the bedroom).

Everything Steve, live, no edits.

Big thanks to the students who chose not to show up on Friday morning so I had time to practice. ;)