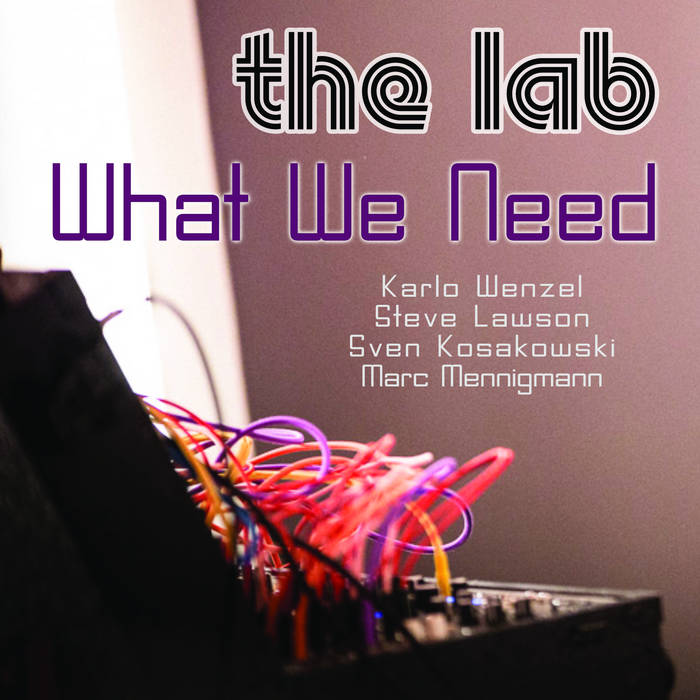 Bob Devlin I think you've found your band, Steve. This is really wonderful playing by everyone. The instruments blend together so well. I did not want it to end. Favorite track: Love.

All started as an experimental trio recording at THE LAB in Dortmund. Karlo, Sven and Marc started to jam together. Free improvisations, intuitive music, they played what wanted to be played. The recordings were edited and then sent to Steve, who added sounds and low notes. Mostly he used the same intuitive approach, just playing along to the playback and adding what the music demanded. Finally, we put all this together, stirred it around a little and had "What We Need".

Create, innovate, collaborate, share.
Be yourself and let the music flow. Challenge yourself and create the unknown. Try to avoid musical habits. Improve yourself and play something new. Take risks, be prepared to fail, but always turn the mistake into something beautiful.

Make quick decisions. If something gets boring stop it or change it. Think process, not product. Give something away and tell a good story. Ignore the rules, but never play a note without a purpose. Play what you like to hear.

This recording was as close to a collaborative live improv project as is possible during lockdown - the original recordings were Marc, Sven and Karlo improvising in Marc’s studio in Germany. I received them with a few comments from Marc about which tracks he thought would benefit from my additions, but no other instructions.

The open track, I added a number of layers to - each one just a run straight through, with no pre-composed ideas or listening through what I was going to play to.
For each of the other tracks, I just took a single take through on my first listen. Treating it like we were all in the same room. Of course, the fact that there was no way for the rest of the guys to respond to what I was doing makes this in quite a significant way unlike anything else that would happen if we were in the same room, but for me that’s one of the big attractions here. For whatever reason(s), I tend to stamp my personality on any improv collaboration pretty heavily. So here, I was able to be more responsive to other people’s ideas without fear that I’d pull them towards my usual sound world.

So the results are pleasingly distinct from anything else I’ve ever done. I’ve been a big fan of Marc and Sven’s playing for a long time - Karlo is new to me, but I absolutely love what he does here. I hope we all get to play in the same room before too long!

Recorded at "The Lab" in Dortmund, Germany.
Bass tracks recorded by Steve Lawson in the UK.
Edited, mixed and mastered by Sven Kosakowski & Marc Mennigmann.
Cover photo by Ralf Schönenberg