from Ten Years On: Live In London by Steve Lawson 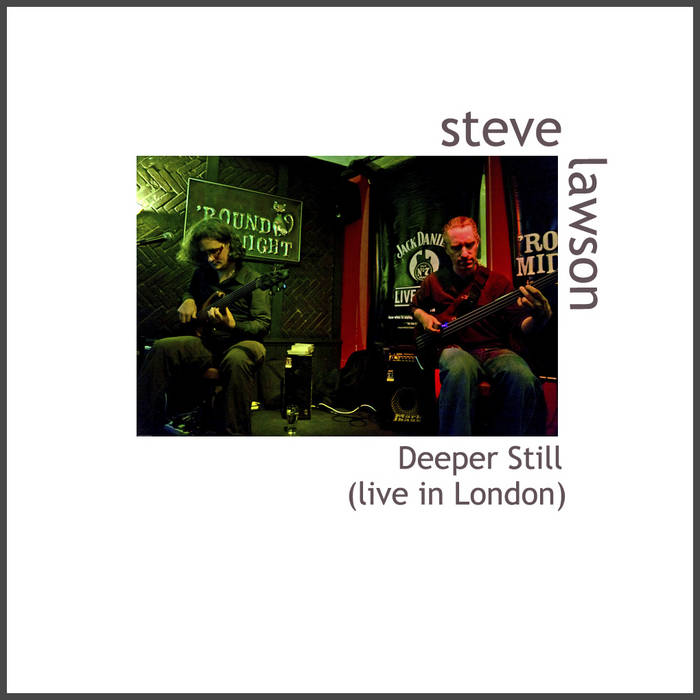 Another of the tunes about grief, bereavement etc. This one was written for Eric Roche - an oustanding guitarist, who was taken away by Cancer a few years ago. I met him just as he was first diagnosed, and we really hit it off. We'd known about each other for years, and lived parallel careers, as musicians, teachers, magazine writers...

Please go and investigate Eric's music, he was a remarkable musician and human being.

(Just in case it confuses anyway, Michael Manring - in the photo - isn't on the track. The gig that this was recorded at as a joint gig between us. We both played solo and then together. Sadly, his half wasn't recorded, but it felt good to recognise where there gig took place and with whom in the photos...)

from Ten Years On: Live In London, released October 30, 2010
Steve Lawson :: Bass, Looping, Everything Else