from Slow Food by Steve Lawson and Trip Wamsley 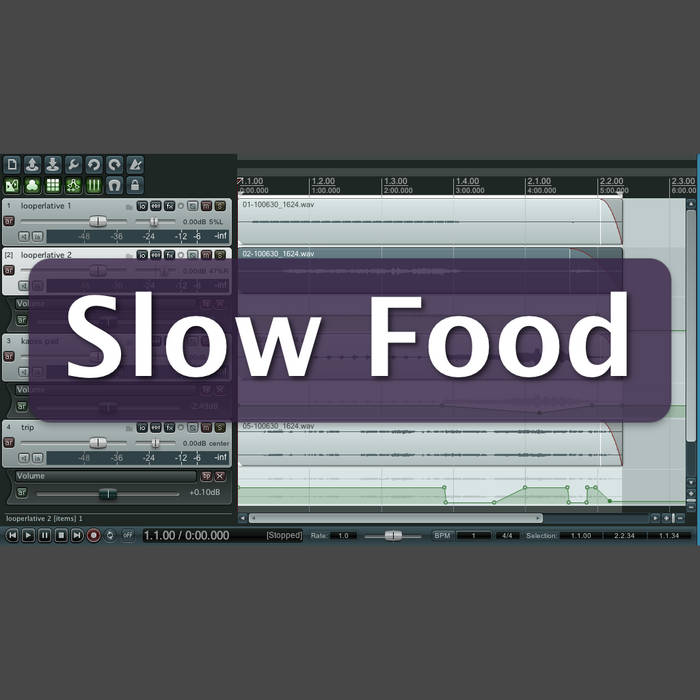 Part of a duo album that Trip and I have talked about doing for years (I talk to pretty much every musician I like about doing duo records... sometimes they actually happen)

We actually recorded TWO different projects - this one was done 'my way', with all the freewheeling improv goodness that that entails. One was done Trip's way, with commensurate amounts of organisation, wikkid programming, structure and actual songs!

The comparison between the two gives a good indication of what we do, and how we inspire each other to new musical destinations

“You just play, and I’ll loop and process it. See what happens”

This is what happens.

Lots of listening, fun, to and fro.

The essence of Slow Food. The album, not the cuisine. Music without playing, a duet where only one person makes noise.

Playing tennis against a wall with a mind of its own.

from Slow Food, released September 10, 2010
Trip Wamsley: A bass, made from lots of other basses being stuck together with ironic glue.
Steve Lawson: Looping, processing and mischief. No actual bassing.