It's All Science Except The Bits That Aren't (Bonus Track)

from The Long Game by Steve Lawson 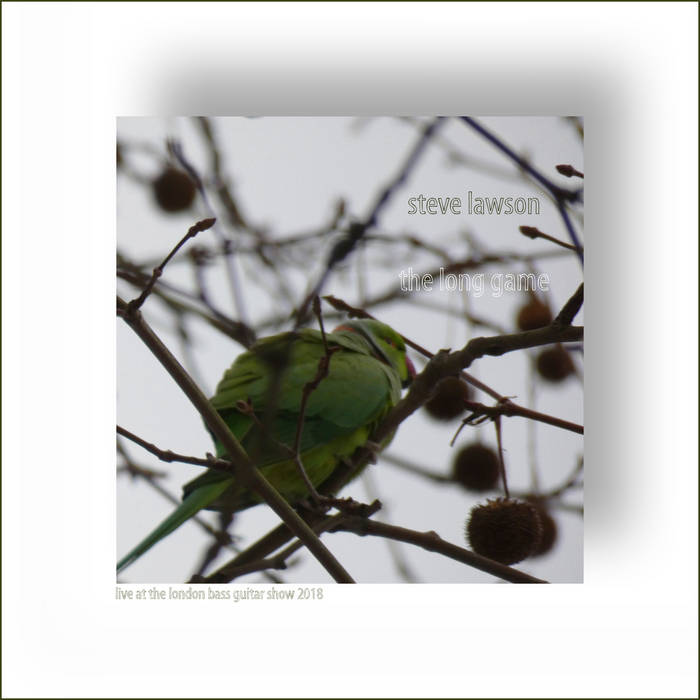 Blimey, this is the album that won't stop growing! :)

The week after the London Bass Guitar Show, I played a show at The National Science and Media Museum in Bradford, at the invitation of the music dept at Leeds Beckett University where I'm doing my PhD... I played this piece, then talked a bit about improv, the improvised a soundtrack to a film with a drummer and saxophonist. I wish I had that multitracked, cos it was lovely.

As it is, I have this track, which is missing the first 2 or 3 minutes of ambient niceness, which was basically the build up of the loop that provides the bed for most of the track...

The reason I'm including it here is that it provides another angle on the territory occupied by the two preceding tunes - take where my head is currently at with improv, drop it in front of an audience who mostly have no idea who I am, in a cinema, at a university event where I'm the academic exploring improv and audiences... All those things are present in the music. There are some other sounds in here, some other ideas, it explores a different groove, still loosely in the kind of spacey hip-hop territory I've mostly been venturing into of late :) Anyway. Enjoy! Let me know what you think...