by Steve Lawson and Daniel Berkman 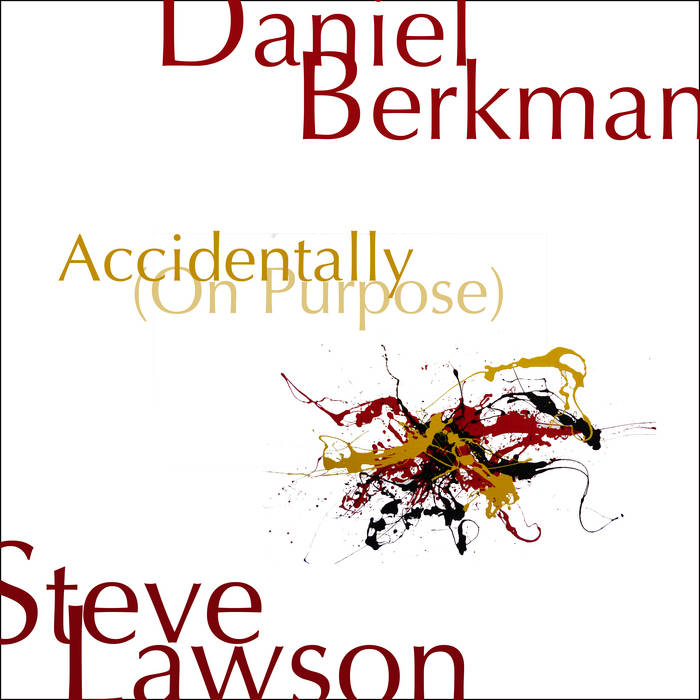 neale bairstow This album is just perfect : bought as part of the £10 for 10 albums offer - as my grandmother used to say, "at this price, NOT buying it would be more expensive!" Steve also deserves support for his way of completely redefining the artist/audience interface in the digital, post-record label age. Give him some of your money! Favorite track: Pets You Can Keep In The Fridge.

Alex Alexander This album blew me away as soon as I first heard it. Such fluid, spontaneous song structures crafted with expert musicianship and sprinkled with neuron-tingling textures. To find out that it was a live improv from two folks who'd never practiced together... I still can't wrap my brain around that, but I don't need to. I'm just ecstatic that this record exists at all. Steve & Daniel's collab catalogue is singularly brilliant. Favorite track: Accidentally (On Purpose).

Philip Graham I am going to get so so lost in this music.
And I am going to enjoy every minute of it. Favorite track: Not Two, But One.
more...

in my music-life thus far, there have been a number of collaborators who have proved to be far easier to work with than perhaps any musical relationship should be... Three of those are already on record - Jez Carr, Theo Travis and Mike Outram - and now, Daniel Berkman.

The difference with Daniel is that we had little idea who each other were before the first gig. An amazing mutual friend, to whom we shall both be forever indebted, suggested that we play together. We met at the soundcheck of the first of two sessions that were planned, and fully expected to play a solo set each followed by some kind of improvised collaboration at the end.

The soundcheck, such as it was, suggested otherwise. For in the process of plugging everything in and making sure it was all working, we fell into the kind of musical dialogue that made it very clear solo sets would be a bit of a wasted opportunity. So over the next two nights we played about 2 hours of improvised music.

Improvising is, I often find, even more fun when you have no clue at all how your musical collaborator is making the noises they are making. With Daniel’s on-stage set-up looking like something out of the Fifth Element - all pointy chrome and unusual instruments - it was left to my ears to make sense of what he was doing. Which is where that most valuable of improv currencies kicks in - trust. I instinctively knew that whatever I did, he’d make it sound better. I’ve said before many times that that’s my criteria for playing improvised music - a commitment to allowing the other person to turn my music into something bigger than I could ever have imagined. And vice versa - I throw myself into using the full range of my musical ideas and experience to build on their vision and see where we end up. It’s conversational, collaborative and hugely life affirming stuff.

I commented at the time that meeting Daniel and playing those two shows was a lot like falling in love - totally taken by surprise by the depth of connection and the level of communication possible between us on stage. It was an emotional ride, and one that has produced, I think, some of the finest music I’ve ever been blessed to be a part of.

Recorded live at The Orange Room in Oakland (this is a single gig, in order, minus the two solo pieces).
edited, mixed, mastered by Steve
Cover design by Steve, featuring a painting by Brian Travers entitled "Concierto de Aranjuez, 2nd Movement" - www.numberninethegallery.com/index_numbernine.php?artist=briantravers

Huge thanks to Artemis for match-making this most amazing of musical matches (and for helping with the naming of the tracks!)