PS, You Are Brilliant 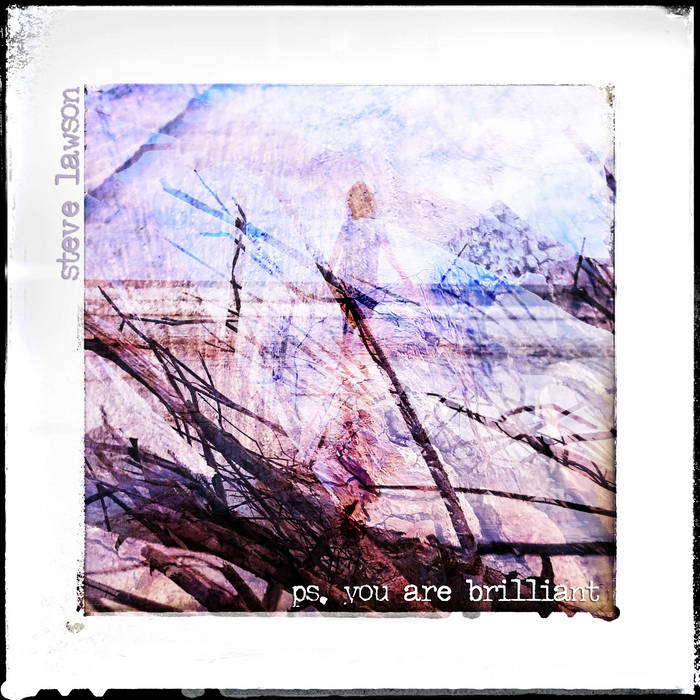 peterzabriskie/DeepFrequency This was the LP that got me listening to Steve.

Rachel Rhodes Astounding wizardry. Again. Except different. Always evolving, our Steve. I hate picking a favorite track, because it's a whole experience. Listen, you'll see what I mean. Favorite track: How Did We End Up Here? (Take A Knee).

Zendeer The soundscapes in this latest release from Steve Lawson are like a perfect afternoon in the best modern art museum--wandering through visually and intellectually stimulating art, with light and sound textured by the architecture. Each track is like rounding the corner and finding yet another intriguing room of art that immerses you in a new experience. Thank you Steve! I really love this one! Favorite track: How Did We End Up Here? (Take A Knee).

Bob Devlin Very soothing. And, again, very different from the other albums. My favorite thing about your music is that it's never the same. Always changing, evolving, moving forward. Thanks again for sharing this with us. Favorite track: To Hear With An Open Hand.

Ta-daaaa! My new solo album. PS, You Are Brilliant was improvised live in the studio in June (If They Had Won) and July (the other three tracks) 2017. The album takes even further the kind of textural and rhythmic explorations that came to the fore on The Surrender Of Time - dark, dissonant layers of sound coupled with glitchy, wonky hip-hop beats and odd time-signature chance-based loops that bring an even more complex set of relationships between the various layers at work.

The title - PS, You Are Brilliant - was inspired by a comment on Facebook by an incredible friend of mine who died this year - Roanne Dodds was one of the most relentlessly encouraging people I've ever come across, and her philosophy of inviting people to do what they do best, and ceaselessly encouraging people in order to bring out the very best in them is one that was both in step with my own approach to musical collaboration, and one that spurred me on in so many areas of my creative and academic life. She brought a sense of possibility to every conversation, and alongside that was so so good at actually making things happen, at organising and pulling together teams to make sure that those ideas, that impetus and all that amazing encouragement came to fruition. I think about her pretty much every day, as I do things that she encouraged me to do, as I reach to be the best that I can be in every area of my life, and pass on that encouragement to others. So this one is for Roanne...

__________________________
On a music production level, I think I've spent more time listening to this before releasing it than anything I've put out in a long time. These tracks went through quite a few mixes before I decided on the kind of sound I wanted, and that meant listening again and again on multiple systems. That amount of focussed listening tends to transform the experience of the music, from the surprise and delight of hearing improvised performances back, to the anticipation associated with records we know and love, and have favourite bits that we're just waiting for each time the track is playing.

Which is to say, these are not tracks that will get stuck in your head in one listen. This is music that rewards repeat listening. Focused, headphone listening.

Oh, and if you put it on at a party, fade it before the end of If They Had Won - the explosion at the end gets really gnarly :)