by Steve Lawson and Trip Wamsley 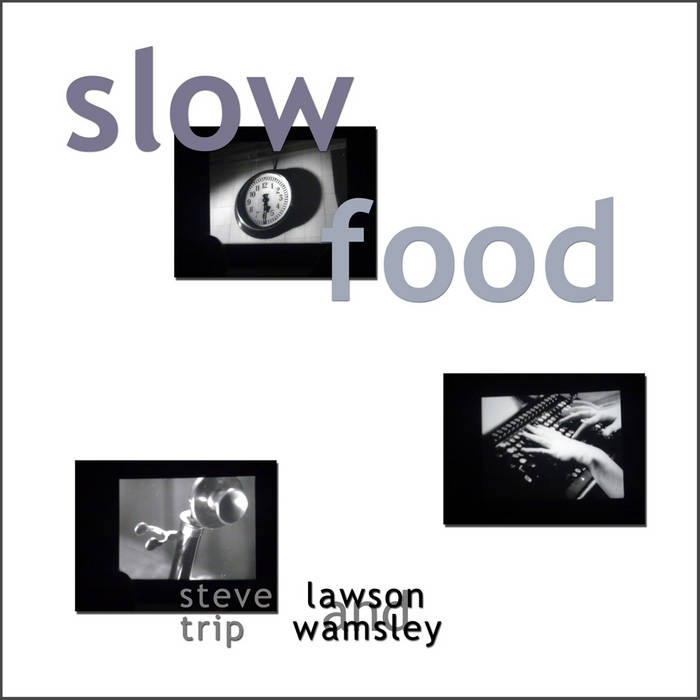 David Wright Music to be savoured earful by earful. :)

Philip Wain Two great musicians improvising beautifully. They both happen to play bass but you might not notice that.
Breathtaking from the first note.

Adam Byatt One of the most beautiful bass records I've heard. Gorgeous. Favorite track: Growing Up And Moving On.

So Why Slow Food?

That’s how we make music - this is not pop music. Not that it’s willfully obscure, just that when we’re composing it as we go along, playing what feels right in response to what’s just happened, it’s more like cooking a special meal for your family than it is like planning a way to fry more burgers per hour. The ingredients are pretty simple, but they’re what we know best. And the tracks take a while to bloom... It’s a pretty drawn out musical dialogue we’re having here, so sit back and relax, turn off the distractions, put the headphones on and enjoy it.

For the same reason, I’ve chosen to release these tracks as 24bit files. That’s higher than CD quality. Will you notice? Probably not, given that you don’t have the 16bit versions to compare it to, but believe me, this is as good as this music can possibly sound. 24 bit allows us great dynamic range I’ve avoided compressing the life out of the tracks, so you can enjoy that range). For that reason, I’d recommend you download the FLAC versions of the tracks if you have something to play FLAC files on (Winamp, or Songbird, For example) - the files are pretty big, but that’s where you’ll get the most benefit from the 24bit-ness.